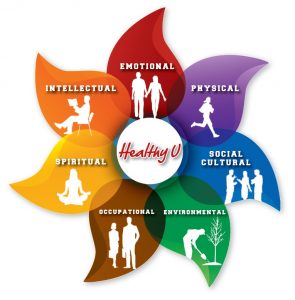 How far into pregnancy is it possible to continue playing the flute?

Many studies have shown that the baby in the womb is positively affected by the sound of music. In addition, all musicians know the importance of constant practice. With the right attitude, in a pregnancy free of complications, it should be possible to continue playing right up until the day of the birth.

Of course, playing and practising are quite different things. Gentle playing of easy pieces and studies that already form part of the player’s repertoire is the most stress-free activity, and should be possible throughout any uncomplicated pregnancy. The second trimester is the period when women usually feel at their best, and is the time when more serious practise and preparation of new repertoire could take place.

How will breathing be affected?

During pregnancy, women often experience shortness of breath, especially in the first and third trimesters. At the beginning of the pregnancy, lucky women will have many days when they are able to play and practise absolutely as normal. On days when shortness of breath is noticeable, the solution is to take many breaks, for example, every twenty minutes, and try not to overdo the playing.

It is a good idea to limit the total amount of daily playing to two hours, perhaps an hour in the morning and another in the afternoon, after having taken a nap. It is strongly advisable to play sitting down, as dizziness could set in while standing. When feeling good, one might begin practising standing up, then alternate sitting and standing at ten minute intervals.

During the second trimester, the size of the baby begins to take over the space where a flute player would normally breathe deeply. It is common to feel that the diaphragm has disappeared, making it difficult to find a point of reference in order to support the air column. For this reason, it is very important to play a little every day, allowing the player to notice the changes in her body and adapt accordingly.

In the third trimester, the size of the baby and the disappearing diaphragm, together with the shortness of breath, will make it necessary to sit down to play almost all the time, and to take frequent breaks. A suitable stool or arm-less chair should be used. The best sitting position for playing both in and out of pregnancy is on the front edge of the chair or stool, with the feet flat on the floor. This allows the pelvis to tip forward and open the front of the body, giving maximum space for breathing.

How will stamina be affected?

Apart from the effects that breathing has on a player’s stamina, other important factors include morning sickness in the first trimester, and the feelings of extreme tiredness usually experienced in the first and third trimesters. Another problem is indigestion, which begins as the baby gets larger, usually during the second trimester, and can feel like a burning lump in the throat. These problems can be overcome by not playing the flute straight after having eaten, and preferably waiting until after taking a nap.

The decline in stamina means that a player must choose carefully the repertoire she will play or study. This subject is addressed more fully in the following article.

Flute players considering pregnancy should take heart, holding in account the observations made here, playing throughout the nine months is certainly possible and will give a great sense of satisfaction.

Playing the Flute: Breathing and Stamina During Pregnancy

How to Choose a Gynecologist: Criteria to Use for Selecting a Doctor

Plan B Adverse Events and Potential Dangers: Side Effects of the Morning After Pill

Illness in the Elderly: Senior Citizens’ Response to Disease